I'm reading through each entry and some of the entries are making me cringe as I remember how different I was back then. A lot of memories of lost opportunities reinforces my thoughts on blaming it as youthful ignorance. Analyzing the writing makes me worried for the person who I was then. My script/handwriting was wild and erratic. My mind was in a severely emotional state.

A couple of notable observations-

Talking about my second knee surgery in August 2000, as well as about getting the staples removed the following week.

Sessions of ez2dancer with a friend at Richmond Public Market

Apparently I did something called VOing. Not convinced but I think it might have had something to do with a game called Virtual-On

I'm not sure I actually wanted to read most of this journal. It creates mixed emotions of mostly negative feelings. I thought I had buried most of who I was back then, and that's mostly true. Though reading through these entries stirs up the old feelings of doubt and disappointment. I was hoping this exercise would have provided catharsis but I think it may have done the exact opposite instead.
Posted by Jeffrey Qua at 2:58 PM No comments:

The 5 educational games that need remakes

This list of 5 games are my top choices for games that need a refresh and re-introduced to the market to educate children of today. The game market of today isn't as youth-friendly or helpful in creating truly valuable learning experience (that I believe) that I experienced when I was younger.

These are in no way saying these are the best educational games out there, I just found these the best inspiration that helped me learn important lessons that apply to the real world in a format helpful to a younger audience.

5) SimCity
-Urban planning
-Resource management
SimCity is one of those games that helps kids understand how a city grows naturally and how the people that inhabit it will affect certain changes. It also covers building and construction management basics. 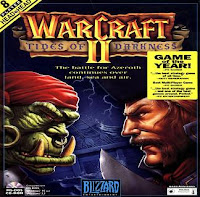 I have to admit this choice isn't purely educational, it is fun, but it teaches valuable lessons about economy management, logistics planning with army, and city planning and development. The game system is so complex that there is (or was) even a course at UC Berkeley that teached the theory of the game in order to understand the lessons of deep economics that apply to the real world.

3) Oregon Trail
-Logistics
This game taught me the basics of logistics (and avoiding dying from dysentery). From learning to collecting resources, and allocating food rations, as well as transportation mechanics, this is definitely a timeless classic that everyone should play (and finish, at least once). 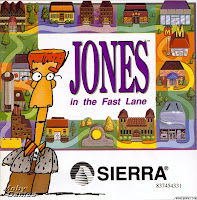 2) Jones in the Fast Lane
-Time management
-Understanding career development
I love this game. This was the first game I ever played on the PC (which was at that time an IBM PS/2, I think). Playing against the computer or playing against a friend, Jones in the Fast Lane gives me warm, fuzzy memories of panicking to pay rent and get my education done and be happy, all at once.

1) Where in the World is Carmen Sandiego?
-Geography
There are so many different versions of this game, a television show, a cartoon show, and I adored all of it. This game taught me so much about different places, names and highlights of different cities and countries in the world. If I had to attribute my love for traveling and exploration, I have to credit this game because it taught me to embrace the differences of all the cultures there are in the world.
Posted by Jeffrey Qua at 5:57 PM No comments: